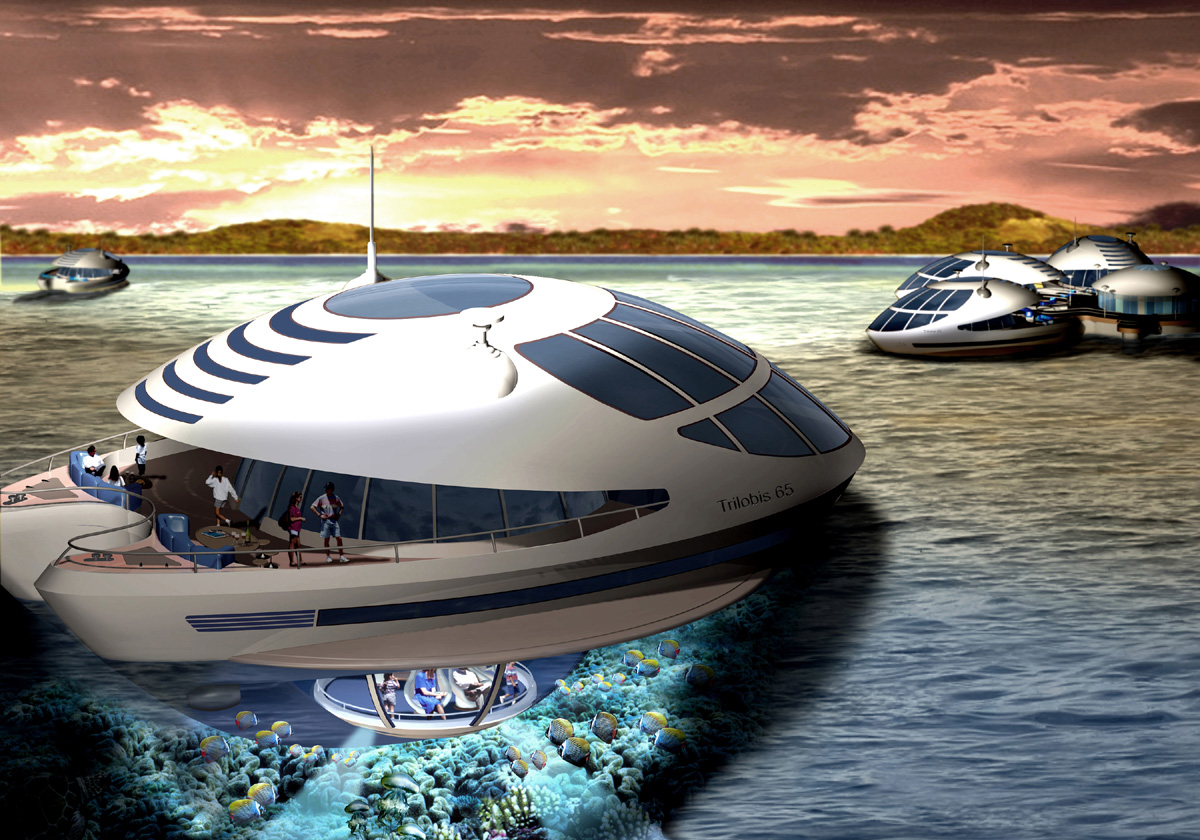 The Trilobis is a 20 mt long hydrogen eco-yacht & houseboat for six people, ideal for bays, atolls and marine parks. Designed by Giancarlo Zema for SemiSubGeneration the main aim of this project is to allow one and all to live in a fantastic, unusual environment in a self sufficient non-polluting habitat. It consists of four levels connected by a spiral staircase. 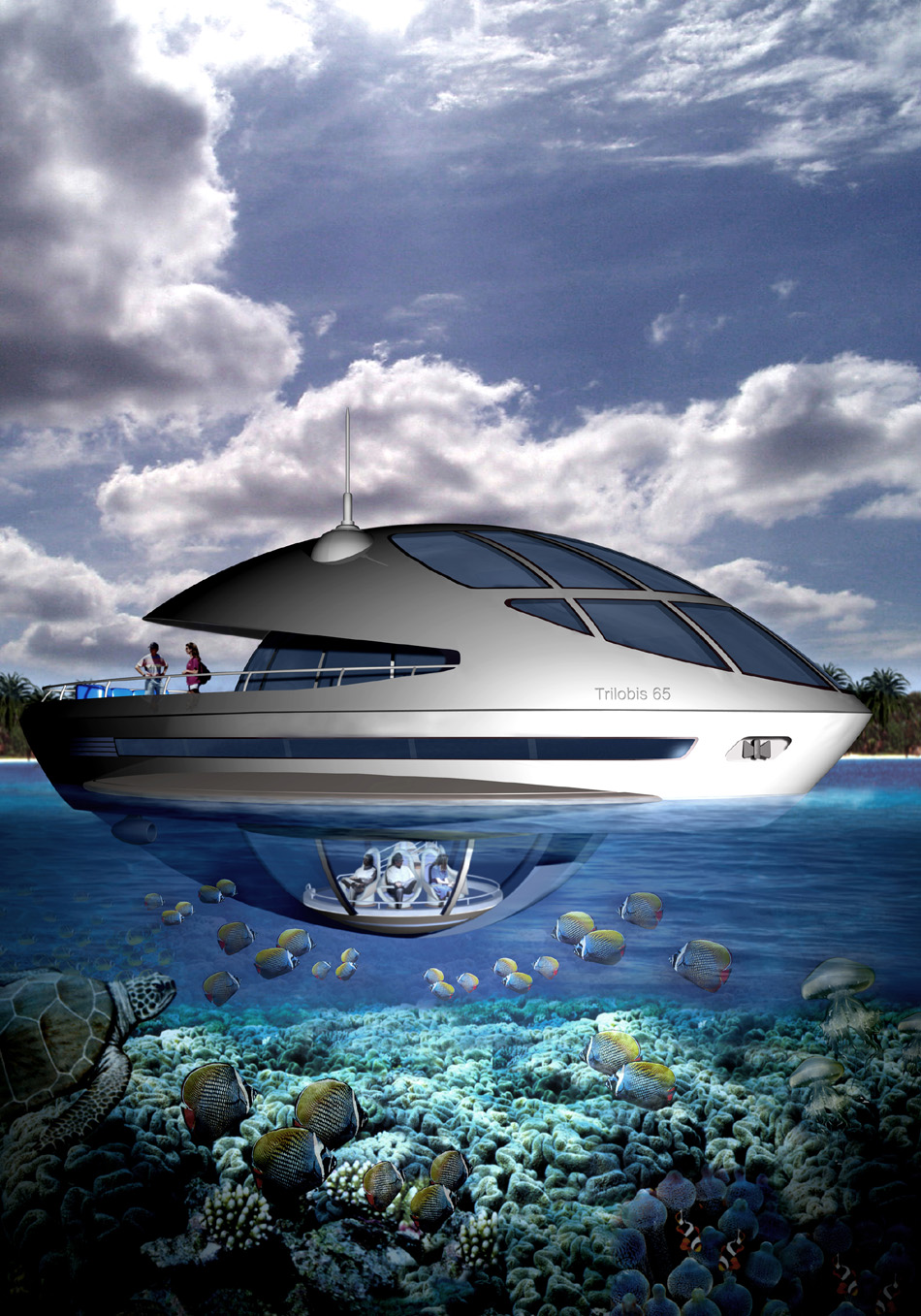 The top level (where the wheelhouse is) is 3.5 metres above sea level. From here, thanks to sophisticated technology, the Trilobis can be piloted by a joystick that allows it to rotate 360° on its own axel. The deck at 1.4 metres above sea level is for the day-time area with all services and possibility to go outside. The one at 0.8 metres below sea level, semi-submerged, is for the night-time area. It has bathrooms and the engines room. 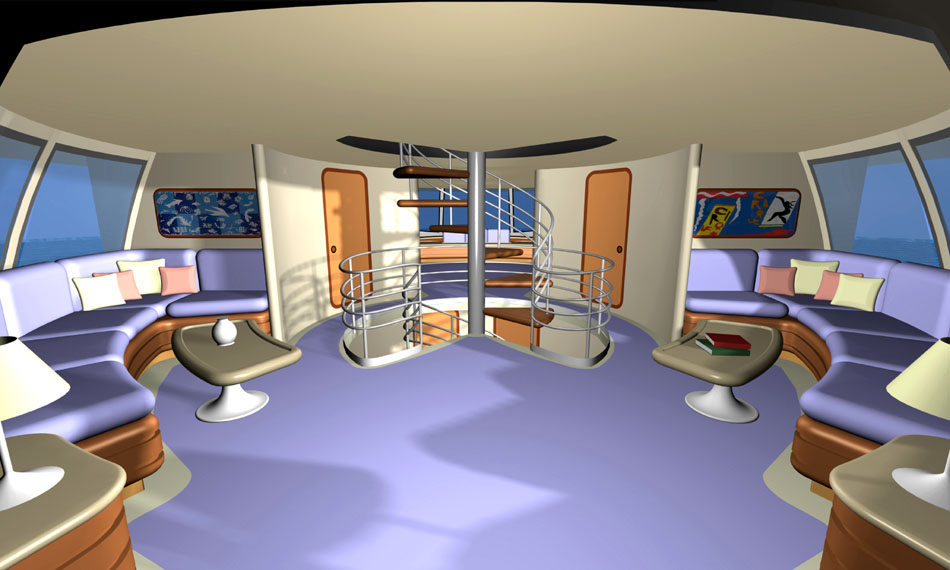 At 3.0 metres below sea level, completely submerged, there is the underwater observation globe. In highly resistant acrylic, it houses six seating places, connected with computers and special software which allow the passengers to personalize the outside lighting and in real time get information about the sea-bed and the fish below. 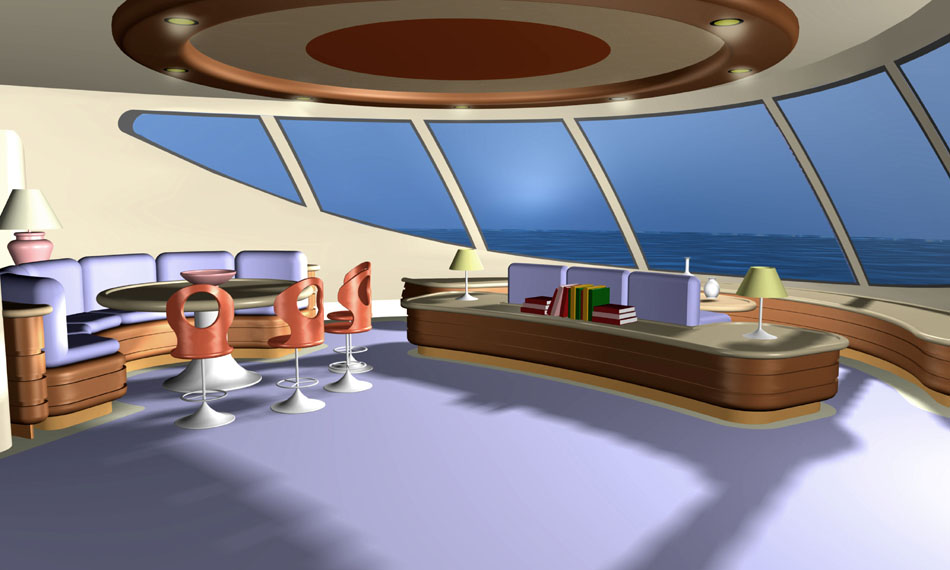 The hull and superstructure of the Trilobis are made in aluminium which means it is 80% recyclable. This is very important from an environmental point of view. The glass windows are electrochemical, in other words they change their opacity thanks to a sophisticated electrochemical system. This can be done manually or automatically according to the light intensity outside. 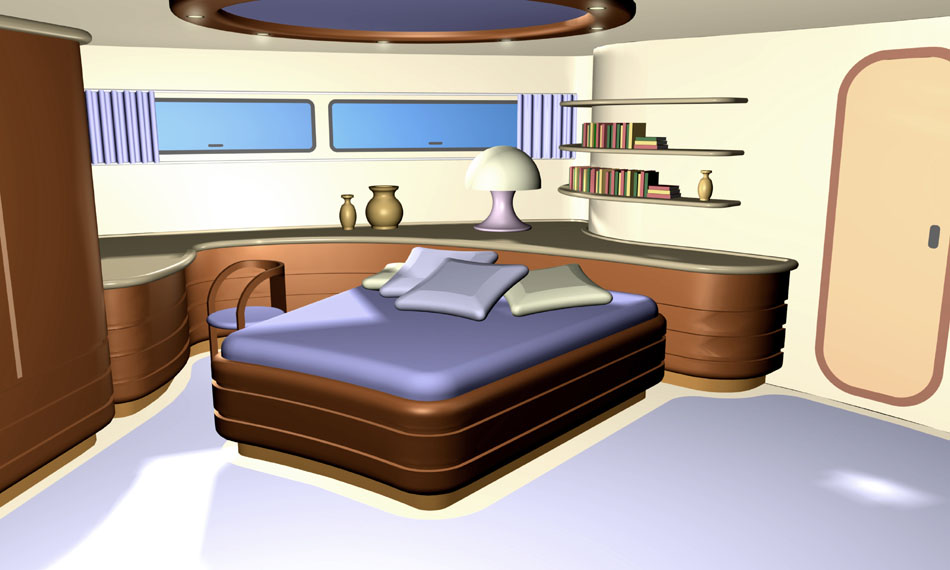 The photovoltaic panels on the top catch and store the solar energy necessary for the instruments on the inside. The electric engines are driven by hydrogen fuel cells that only produce drinking water as waste material, through an electrochemical process. Obviously this makes it a non-polluting project.

Thanks to the shape of Trilobis it is possible to assemble more modular units in a ring thus creating floating colonies. The project was named Trilobis after Trilobites, little creatures that lived in the sea 500 milion years ago.

At 3m depth inside the underwater bulb, it will be possible to observe and discover fish in augmented reality and with holographic technology, thanks to the partnership with HOLOMASK which joins the SemiSubGeneration to allow the inhabitants of the Trilobis to live and learn through new and engaging. 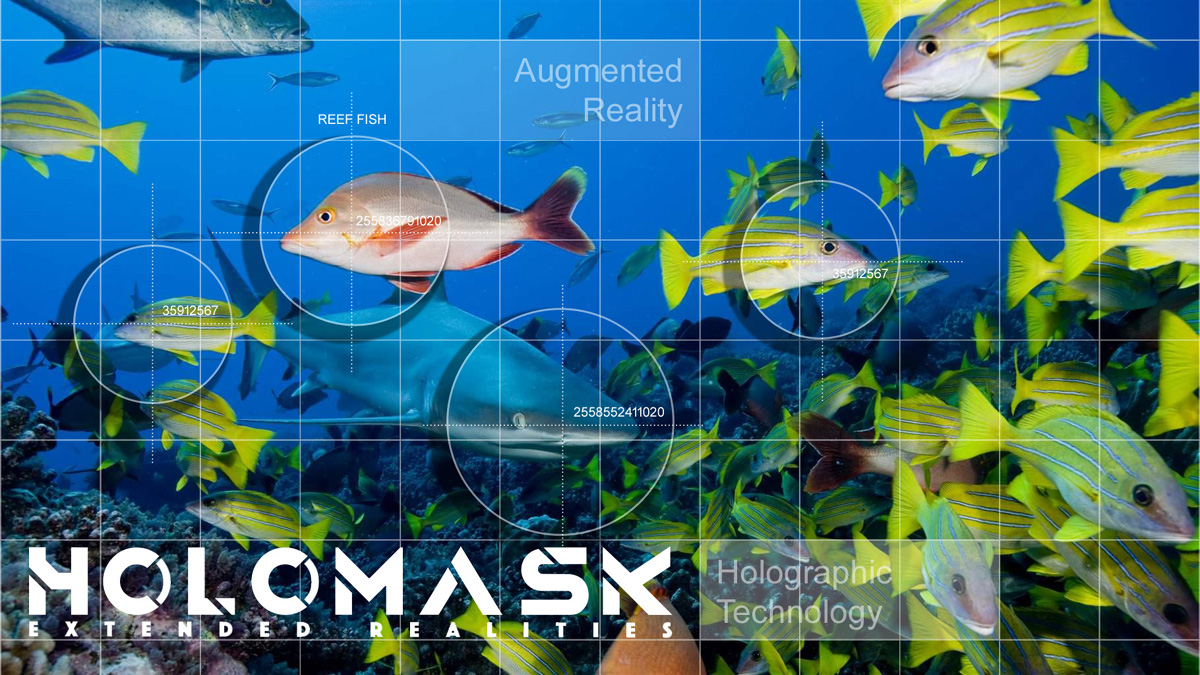 Thanks to the partnership with SEALENCE the Trilobis is equipped with innovative DEEPSPEED electric jet thrusters, highly performing and absolutely silent, powered by electric motors, which thanks to fuel cells – or hydrogen fuel cells – allow it to reach a maximum speed of 10 knots, with 360° rotations generating simple water as a waste element. 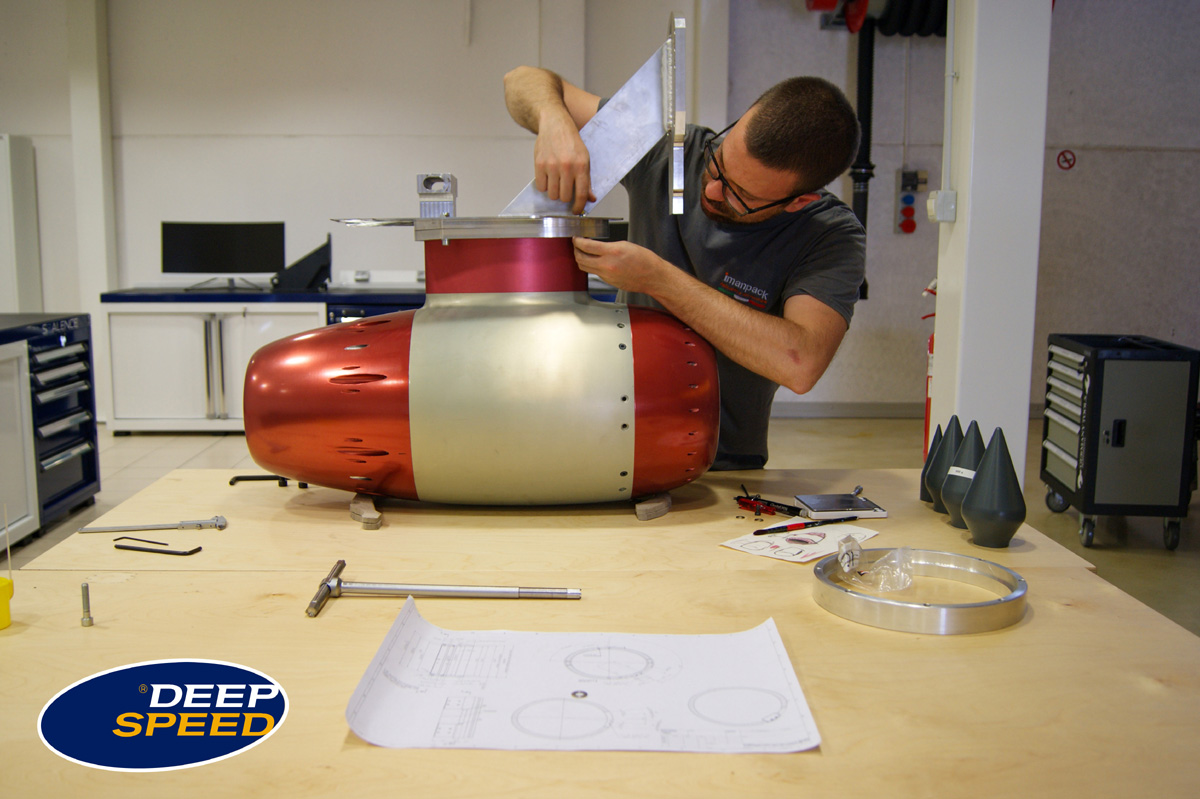